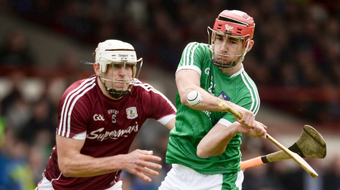 Published: about 2 years ago

It will be Limerick v Galway in the 2018 All Ireland senior hurling championship final.

Reigning champions Galway were confirmed as Limerick's opponents after they beat Clare in their semi final replay in Thurles; 1-17 to 2-13.

The Limerick-Galway final will be repeat of the 1923 and 1980 finals - both won by the men in maroon.

The Sunday August 19th final in Croke Park will have a 10.30pm Singapore start and will be live in Muddy Murphys

Limerick will be bidding to win a first Liam MacCarthy Cup title since 1973, while Galway will be attempting to retrain the title like they did in 1987-88.

The final will be the 12th ever championship meeting of the counties - Limerick have won six and Galway won four with a draw in the 1981 All Ireland semi final. Limerick are four championship games without a win over The Tribesmen - 1963 the last time the men in green defeated their maroon and white opponents in senior championship hurling.

The last clash championship tie between the counties was a 2005 All Ireland SHC Qualifier.

Limerick and Galway did of course meet this March in the Allianz Hurling League. It was a winner-takes-all final round group game in Pearse Stadium and John Kiely's men earned promotion in a Salthill thriller.

While Limerick enter the final without cruciate ligament injured Paul Browne, Galway also have injury concerns. They lined out in their semi final replay against Clare without centre back Gearoid McInerney.

Muddy Murphys will also be screening the Kilkenny Minors v Galway Minors match on before at 8.15pm

So come on down and show your support!

The Irish Run the World

Hi All, the Ireland funds Singapore Young leaders are ar...

Saigon Gaels have offered to host the first ever Asian Co...

A message from our club sponsors Muddy Murphy's. They ha...

Did we all have a lovely night out last night? Still hidi...

Where is Ladies Training this Sunday?

This Sunday, the ladies want to welcome as many newbies t...

Get live information for Club on the ClubZap App