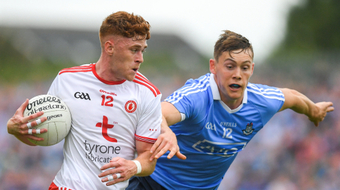 Published: about 2 years ago

The Pope has been and gone from Croke Park but this Sunday will host the big one.

Dublin and Tyrone clash at Croke Park on Sunday as Jim Gavin's men bid to win their fourth consecutive Championship, while the Red Hands are hoping to be crowned champions for the first time in ten years.

The Dubs are long odds-on favourites with the bookies to again lift the Sam Maguire after hammering Tyrone in last year's semi-final.

Conor McManus knows that Tyrone players will travel to Croke Park for the All-Ireland final confident of victory, but he still can’t see past Dublin for Sam Maguire.

Tyrone beat McManus’s Monaghan by a single point in their semi-final, revenge for their earlier Ulster defeat, to set up the decider with the Dubs.

The Sunday Sepember 2nd final in Croke Park will have a 10.30pm Singapore start and will be live in Muddy Murphys

Whether you are shouting for the Dubs or anyone but the Dubs come down and show your support!

The Irish Run the World

Hi All, the Ireland funds Singapore Young leaders are ar...

Saigon Gaels have offered to host the first ever Asian Co...

A message from our club sponsors Muddy Murphy's. They ha...

Did we all have a lovely night out last night? Still hidi...

Where is Ladies Training this Sunday?

This Sunday, the ladies want to welcome as many newbies t...

Get live information for Club on the ClubZap App